A society grows great when old men plant trees whose shade they know they shall never sit in.

This Greek Proverb means many things to many people, but what does this Greek adage really mean? Is there a deeper meaning? Does it mean we are to prepare for the future? Perhaps this interpretation leads us to what should happen in America today. Has America lost its way? Are we a great society, or was that just another feel-good political slogan?

A country grew great two hundred and forty-one years ago when our founders planted the mighty shade trees of Constitution, spirit, ownership, entrepreneurship, freedom and liberty for their children’s children to enjoy. 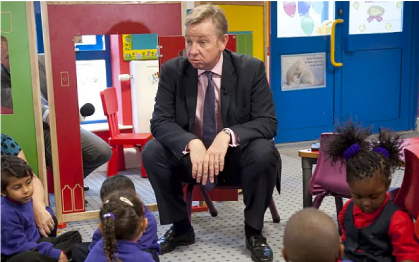 Today, those majestic shade trees are in peril. For the past one hundred years, corrupt politicians and greedy bankers have been slowly, but surely, stripping these protective trees of Constitution, spirit, ownership, entrepreneurship, freedom and liberty. Self-serving ideologues have laid barren the branches of the Constitution and replaced them with the lawlessness of an “anything goes,” “ends justify the means” philosophy that guarantees them power and certain reelection.
Ownership of our “fruits of our labor” is disrobed by devaluing our currency and depositing our republic in crushing debt. One shiny silver dollar was worth 100 polished pennies 100 years ago. Now this same dollar has the purchasing power of three tarnished copper pennies. Some experts say only two.
Stripped away is our freedom and independence as we fry in the hot sun of tyranny. We might as well draw our borders with a broken twig in soft dust. Our elected officials see no value in controlling who is in our country. Furthermore, they expect us to provide anyone and everyone with free food, shelter, education and a superb standard of living.

The politicians we have elected, and adored, have left these stately shade trees become scrawny and leafless with discontent and division. They utilize the tactics of deception, deflection, deceit, dishonesty and duplicity to divide us. They have fallen in love with the “hyphen,” an instrument they utilize to divide and conquer. They have discovered that dividing Americans grants them enormous power.

Is this the Best Legacy to Leave our Children’s Children?

Government Indoctrination Centers have supplanted the world’s greatest education system by programming our children to follow the rhetoric of the political party. They condition our children to owe them allegiance. They program the young to gaze upon deified politicians and to bow down to worship them and their ideology. Adoration of politicians is truly a form of insanity. Americans must stop this ideological warfare. 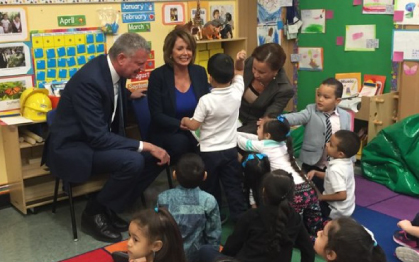 We are neighbors who live next door to each other. If one of our children is injured, do we say, “I’m not going to help that child; his parents belong to the other political party.” No, we rush to their aid. Then, if we are able to do all these things together, why can we not stand together to make America whole once again.

Americans have to realize the adoration of politicians is insanity. They divide us for their perverse political gain and power while they brainwash us to believe their specific idiotic ideology is best for us. Most politicians do not believe what they themselves profess, but we continue to vote for them and we continue to receive the same result. This is the definition of insanity. We vote for one side, or the other, and both sides run up the national debt at the speed of light, while they live a life of splendor as they pull in three to four times the wages citizens earn. Moreover, the morning after election, they do not go to work for us, they start campaigning and fundraising for their own next election.

America is an ideological battle. Hate is consuming us. Congress is now moving to expand this insanity ever further. Class envy is part of it. The terror against anyone who dissents from “Political Correctness” is part of it. We see it in China, North Korea, Russia and the Middle East. Terrorists want to kill Americans, but tolerance is mandated, as they cut off the heads of our fellow citizens. “Political Correctness” will destroy our republic and leave no hope for our children’s children. 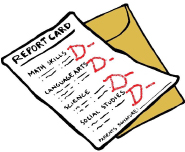 The barren trees of oppressive taxation and overreaching regulations rule the land as congressional feudal lords rake in power and money. Government authorities watch us on camera anywhere and everywhere. They subject us to searches at airports and other venues in the name of security. Nonetheless, we do not have the ability to screen potential threats.

The trees of Constitution and opportunity being hacked away leave a very bleak outlook for future generations. We have a President who “tweets” if he disagrees with Congress, and we have a Congress that seldom shows up for work and when they do, they never get anything done. Washington is dysfunctional and bloated, and our innocent children and their children will pay the price for this madness.

Dishonest politicians, aided by the Shady Stream Media, ransom our future and bequeath our future generations with despair and discontent.

Good Government Works for the Future

The Muckster will continue to keep an eye open and an ear to the ground to keep my readers informed. I am here to safeguard you with the protective shade of a of a bright future with 20/20: A Clear Vision for Our Future. You are my inspiration. Be a part of the narrative.

God Bless us all and God Save our America from this evil hatred. Our children, our Constitution, our culture, our country, our civilization, our currency, our liberty, our safety and our future need you now more than ever.