Silencing people is the focus of Left-wing activism. That’s been the goal of the Left since Saul Alinsky. They cannot debate, reason, or convince so they must revert to denounce, race-bait, and con people. That’s the only game they have. The Ku Klux Klan is far left philosophy. This is not alt-right, or far-right, or anything that resembles having a small, limited government by and for the people that is close to home. This is authoritarian totalitarianism at it zenith.

The Ku Klux Klan (KKK) was founded by Democrats in 1866 and extended into almost every southern state by 1870. It was the white southern resistance to the Republican Party’s Reconstruction-era policies aimed at establishing political and economic equality for blacks. The Klan waged an underground campaign of intimidation and violence directed at white and black Republican leaders. Though Congress passed legislation designed to curb Klan terrorism, the organization saw as its primary goal the reestablishment of white supremacy fulfilled through Democrat victories in state legislatures across the South in the 1870s. 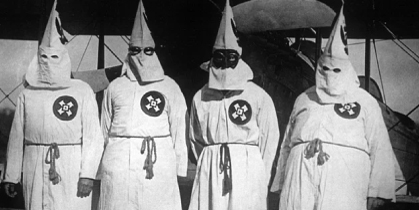 After a period of decline, white Protestant nativist groups revived the Klan in the early 20th century, burning crosses and staging rallies, parades and marches denouncing immigrants, Catholics, Jews, blacks and organized labor. The civil rights movement of the 1960s also saw a surge of Ku Klux Klan activity, including bombings of black schools and churches and violence against black and white activists in the South.

In 1915, white Protestant nativists organized a revival of the Ku Klux Klan near Atlanta, Georgia, inspired by their romantic view of the Old South as well as Thomas Dixon’s 1905 book “The Clansman” and D.W. Griffith’s 1915 film “Birth of a Nation.” This second generation of the Klan was not only anti-black but also took a stand against Roman Catholics, Jews, foreigners and organized labor. It was fueled by growing hostility to the surge in immigration that America experienced in the early 20th century along with fears of communist revolution akin to the Bolshevik triumph in Russia in 1917. The symbol of the organization is a burning cross. They held rallies, parades and marches around the country. At its peak in the 1920s, Klan membership exceeded 4 million people nationwide.

The Democratic “Klanbake” of the 1924 Democrat National Convention

The Democratic “Klanbake” held at the 1924 Democrat National Convention in New York involved the most powerful bloc in the Democrat Party, the KKK, which was fiercely opposed by the Tammany Hall Democrats. It was the longest political convention in American history, going 16 days and requiring 103 ballots before a compromise candidate was selected. 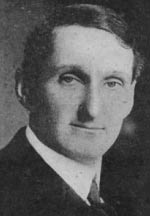 There were fistfights in the aisles and roosters released in the galleys. The police were called to break up the rumbles. Tammany Hall backed the candidacy of Gov. Alfred E. Smith of New York, a Roman Catholic, reviled by the Klan for his religion and his stature as a champion of immigrants and by “dry” Democrats for his opposition to Prohibition.

The candidate of the Klan, and many other Democrats, was a California lawyer, William G. McAdoo, the son-in-law of former Democrat President Woodrow Wilson.

The 103rd Ballot: Democrats and the Disaster in Madison Square Garden.

Madison Square Garden, without air-conditioning, was a steaming, stifling caldron. The Tammany operatives hoped to wear down the opposition by dragging the proceedings on and driving up hotel bills. Publisher William Randolph Hearst picked up tabs for lodgings to keep the Southern delegates from abandoning the city, to make sure Smith did not win the nomination. The galleries were packed with raucous crowds. A pigeon, styled as a “Dove of Peace,” was released into the arena and its presence in the rafters caused nervous glances to be cast heavenward by the assembled delegates.

The fight went on for hours, and ultimately, the Klan and its allies prevailed in the platform fight as a resolution to condemn them by name lost by less than one vote — 543 and three-twentieths votes to 542 and seven-twentieths votes.

Neither Governor Smith nor Mr. McAdoo came close to getting two-thirds of the delegates needed for the nomination. The compromise candidate, John W. Davis, got only 29 percent of the vote when he ran in the general election against President Calvin Coolidge.

A political party that tore itself apart not only over whom it would nominate for president, but also over whether religious and racial bigotry would be visible in its fabric.

The Muckster is here to reveal the past and to lead you out of the deceptive present and into a bright future with 20/20: A Clear Vision for America.

God Bless us all and God Save our American from this evil hatred. Our Constitution, our Bill of Rights, our American Flag, our culture, our country, our civilization, our children, our liberty, our safety and our future need you now more than ever.