When Deputy Attorney General Rod Rosenstein appointed former FBI Director Robert Mueller as special counsel to oversee the federal investigation into Russian interference in the 2016 election, including potential collusion between President Donald Trump's campaign associates and Russian officials, he placed the Washington Mafia in a position to criminalize everything Trump.

Attorney General Jeff Sessions had previously recused himself from any involvement in the Russia investigation due to his role as a prominent campaign adviser and surrogate. This was an error of huge proportions.

Let’s look at some of the previous investigations conducted by these political villains to get a sense of which rabbit holes they will dive into. 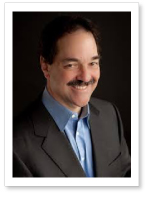 Frank Quattrone is a banker who Comey pursued relentlessly on banking related charges without fruition. He couldn’t find any wrong-doing on criminal conduct, so he went after him for supposed “obstruction of justice” because of a single ambiguous email. Sound familiar?

Comey made false statements about Quattrone and his intent. The first trial ended in a hung jury but the second one got a conviction. That conviction was overturned in 2006. However, Quattrone was so scarred by the harassment, he began funding projects designed to help innocent people who are victims of prosecutorial overreach or other problems. 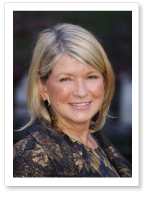 Martha Stewart was sent to jail, but you might not remember that James Comey put her there. He was unable to charge her for insider trading, so he charged her for public protestations of innocence that were designed to prop up the stock price of her own company, Martha Stewart Living Omnimedia, and thus constituted securities fraud. Stewart was also charged with making false statements to federal officials investigating the insider trading charge, a charge they never pursued.

Stewart was prosecuted for “having misled people by denying having committed a crime with which she was not charged,” as Cato Institute Senior Fellow Alan Reynolds put it. The pursuit was described as “vindictive” in the New York Times and “petty and vindictive” in The Daily Beast. She still served a five-month prison sentence. 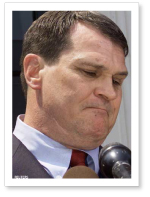 Steven Hatfill was the subject of the bungled investigation into the Anthrax attacker who struck after the 9/11 terrorist attacks. It involved both Comey and his BFF Robert Mueller. The FBI tried the case against Hatfill in the Shady Stream Media. Their actual case was thrown out by the courts.

Comey and Mueller badly mismanaged the biggest case they ever handled. They botched the investigation of the 2001 anthrax letter attacks that took five lives and infected 17 other people, shut down the U.S. Capitol and Washington’s mail system, solidified the Bush administration’s antipathy for Iraq, and eventually, when the facts finally came out, made the FBI look feckless, incompetent, and easily manipulated by outside political pressure for a crime he didn’t commit.

Hatfill was an implausible suspect who was a virologist who never handled anthrax, which is a bacterium. So what evidence did the FBI have against Hatfill? None. The agency imported two bloodhounds from California whose handlers claimed could sniff the scent of the killer on the anthrax-tainted letters. These dogs were shown to Hatfill, who promptly petted them. When the dogs responded favorably, their handlers told the FBI that they’d “alerted” on Hatfill and that he must be the killer.

He shouldn’t have been certain in this case. After the six years the FBI spent destroying Hatfill’s life, they settled the $4.6 million lawsuit he filed and officially exonerated him. We the Taxpayers paid out those millions. 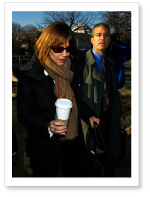 Scooter Libby & Judith Miller were the subjects of Comey handing Patrick Fitzgerald, his close personal friend and godfather to one of his children, the role of special counsel into the investigation of the leak of Valerie Plame’s identity as a CIA employee. Fitzgerald immediately discovered that Deputy Secretary of State Richard Armitage was the leaker. The FBI, Department of Justice and Chuck Schumer knew this. Why did Comey appoint this most underhanded hypocrite to head up this witch-hunt? What was his devious agenda?

This investigation should never have begun. Then Comey expanded its mandate within weeks. The three-year investigation clouded the Bush administration and resulted in the jailing of a journalist for not giving up a source, and a questionable prosecution of Scooter Libby for obstruction of justice. Comey was unconcerned about the jailing of journalists and refused to resign over this infringement on First Amendment rights. 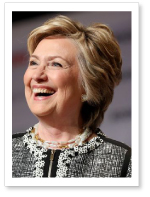 Hillary Clinton was convicted in the court of public opinion without giving her the chance to defend herself in a free and fair trial. Then Comey didn’t pursue charges against her. He claimed Hillary didn’t have intent. And while Clinton and her team engaged in massive evidence destruction shortly after subpoenas were issued, Comey, who feverishly pursued others on obstruction charges, didn’t seem to think anyone would be interested in prosecuting her. The fix was in.

Clinton had classified info on a private server, was extremely careless in handling that information, and had caused the destruction of evidence. The notion that “no reasonable prosecutor” would even try to charge her with the misdemeanors or felonies in question is beyond belief.

Two Clinton staff members had classified information, but the FBI didn’t subpoena those computers and gave the employees immunity in return for giving them up. The FBI severely limited their own searches for data on the computers and then destroyed them. A technician who destroyed evidence lied to FBI investigators even after he received immunity. Comey did nothing.

After the FBI discovered that President Obama had communicated with Clinton on the non-secure server, Obama said he didn’t think Clinton should be charged with a crime because she hadn’t intended to harm national security. Why? If Hillary was at criminal risk for communicating on her unsecure system, so was Comey. And so wasn’t Obama?

Comey followed Obama’s wish that charges not be filed. Comey wasn’t ready to go it alone and impose accountability on Mrs. Clinton. The weasel listed her transgressions in detail and left it to the public to pass judgment at the ballot box in November. We can’t make this up folks. 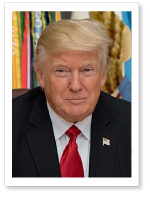 Donald Trump sees the media is now enamored with Comey. He claimed his motivation to leak was to achieve the appointing of a special prosecutor. That would be the same BFF that bungled the Hatfill prosecution. The immediate cause of the leak was President Trump telling him not to leak.

Comey lied regarding the notes he kept before leaking. He said he never kept notes on his meetings with George Bush or Barack Obama. [He did]. He kept notes on Trump because he believed he was a liar. He viewed these notes as personal property, even though they were a government work product, produced on classified computers in a government vehicle following a meeting with the President of the United States.

20/20 reveals how a small, limited streamlined government is the best solution to make America complete again.
Buy the Book $20.00

The Swamp is Thriving and Flourishing

There are many more examples of Comey’s poor judgment when it comes to obstruction of justice cases. Comey should never be trusted to lay out an impartial case for obstruction. Neither should Mueller and cohorts.

We must become knowledgeable of the evil of the political establishment who currently reside in the Beltway Swamp. The Muckster will continue to keep an eye open and an ear to the ground to keep my readers informed. I am here to lead you out of the slimy past and into a bright future with 20/20: A Clear Vision for Our future. You are my inspiration. Be a part of the narrative.

Mueller’s Probe is Out of Control