Tom Martin was born in the small town of Salinas California on November 8, 1942. He grew up in Snohomish, WA, a small farming community with logging and fishing as well. Tom attended elementary and high school in Snohomish, graduating in 1961.

Tom enlisted into the United States Marine Corps and received his boot training in San Diego and ITR at Camp Pendleton. After his initial training, he was sent to NAS Millington, Tennessee for aviation electronics school. In October of 1962, he was assigned to HMM-262 at Marine Air Group 26 in Jacksonville NC. He deployed twice aboard ship for European and Caribbean cruises. He also served two tours at Guantanamo Bay, Cuba.

In 1965 Tom received an honorable discharge in 1965 and returned to school to earn his diploma in electronic communication, television and radar. He worked for Pacific NW Bell Telephone Company and was promoted to supervision. He retired in 1990 from US West. 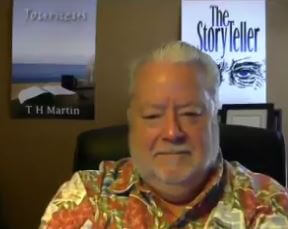 Tom accepted an offer from McCaw Cellular to convert their air-to-ground cellular sites from Analog to digital transmission. He was initially hired as a contractor and then as a field engineer for several western states. AT&T purchased McCaw Cellular which caused Tom to retire a second time. He and his wife Cathie sold their small six-acre farm in Snohomish and moved to Surprise, Arizona, where they currently reside.

Tom began writing in 2012. His first novel, The Last Flower, was inspired while he was hiking near his home at the White Tank Mountains. It was late spring; the cacti had finished blooming and only the blossom pods remained. As he walked over the well-trodden trail he began to fantasize about a poor, young, Mexican lad searching for flowers for his mother’s grave. To Tom’s surprise, he saw a large saguaro cactus with its brilliant, white flowers and their yellow centers coming into view. Yom thought then, THE LAST FLOWER would be the title of his story. He returned home and began writing. He hasn’t stopped since, and to date has published five books. The Last Flower and Johnson House Mystery were first released in February of 2015. The Storyteller and Gold Star Mother were released in 2016. His fifth book, Journeys, is a compilation of seven short stories. It was released on June 30, 2017.

Tom enjoys personally signing his books which can be ordered directly by writing to Thomas Martin at tm4960@msn.com. His books are also available as eBooks on Amazon.com and Barnes and Noble. 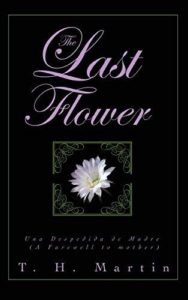 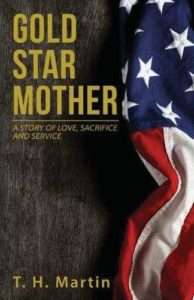 About your host Bill Muckler: 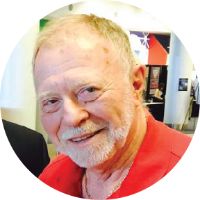 Bill is a long-time contributor is The Liberty Beacon and has appeared on numerous TLB radio and TV shows. He was born and raised in St. Louis, Missouri; graduated from Christian Brothers College High School (an Army Junior ROTC School) and received a B.A. from the University of Missouri-Columbia. While at Mizzou, he spent two years in the Air Force ROTC.

Bill entered the USMC Officer Candidate Course in Quantico, VA upon graduation and was commissioned a Second Lieutenant; spent four and one-half years on active duty, and then eleven years as a Ready Reservist. He holds the permanent rank of Captain and held a Top Secret Security Clearance.

As an entrepreneur, Bill founded Muckler Typographic Corporation in St. Louis, MO. He was the owner and operator of that small business which provided typography services for Ad Agencies, Art Studios, Printers and Lithographers for ten years.

Bill has been a Work Process Management Consultant for 40 years and eventually an owner and director of his consultancy. His firm assessed business operations, conducted management and leadership training, and implemented process solutions as a problem solver in energy, mining, manufacturing, construction, fabrication, assembly, technology, food processing, health care and communications at more than 300 locations over the past 40 years.

Bill has three children: Angela, Christa and Christian; five grandchildren and one great granddaughter. He has lived in St. Louis, Columbia, Ferguson and St. Charles in Missouri. Kaneohe, Oahu, Hawaii. Panama City, Marco Island, St. Augustine and Cocoa, Florida. He has worked in, visited or travelled to 45 states, eleven countries and numerous islands in many seas.

Americans must not only wake up, but they must edify, or enlighten everyone that this is fast becoming a convoluted swamp that must be drained to maintain our western civilization. The Muckster will continue to keep an eye open and an ear to the ground to keep my readers informed. I am here to lead you into a bright future with 20/20: A Clear Vision for Our future. You are my inspiration. Be a part of the narrative. Watch for more articles on this growing concern.

God Bless us all and God Save our American Constitution. Our Bill of Rights, our American Flag, our culture, our country, our civilization, our currency, our children, our liberty, our safety and our future need you now more than ever.