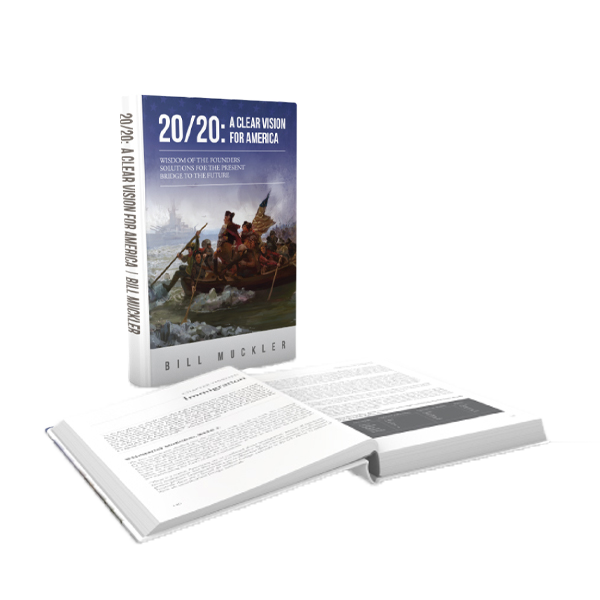 20/20 reveals how a small, limited, close to home government is the best solution to make America complete again.

The United States is at a crisis point; the economy is crumbling; dysfunction of the permanent bureaucracy in Washington D.C. has reached epidemic levels.

New solutions must be implemented. 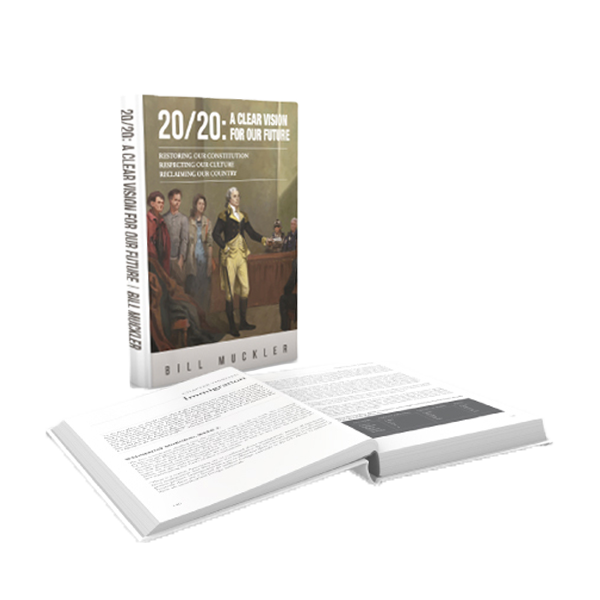 20/20: A Clear Vision for Our Future is the optimistic perspective to restore American Sovereignty.

Bill Muckler takes the reader on a ride through the history of Our Constitution, the values of ownership and freedom and how these concepts shaped the wonderful experiment that is America right up to present times and how to shape America’s future.

20/20 conveys the importance of Restoring Our Constitution, Respecting Our Culture and Reclaiming Our Country for our children and their children.

Today, America is facing tyranny from within. In 1776, fewer than twenty percent of Americans wanted sovereignty.

Our Constitution must be restored; our culture respected; and our country reclaimed.

A Call to Action.

Substantial solutions to regain our liberty and freedom. Common sense answers to create a bright future for our children.

20/20 is an extraordinary collection of the issues that plague Washington and the common-sense solutions to provide the blueprint for future prosperity. This Clear Vision is the “Call to Action” to bring America a:

This is an in-depth study of why Our Constitution, the Bill of Rights, the Ten Commandments and Capitalism establish why they are so much more important for the future success of our citizens and their Republic than the new abnormal; socialism, communism and Sharia will not work in America.

Bill Muckler’s 20/20: A Clear Vision for America presents exactly what the title promises, a clear vision of changes in the United States that would carve it back into the Constitutional Republic it was founded as and return power the federal government has usurped back to the states. Eliminating federal income tax and initiating mandatory job training for unemployed and never-before employed citizens are two of the visionary challenges presented.

This book is a winner! A clear and concise plan for America! Thank you, Bill.

Put this book on every coffee table in America. The characters are relatable (I identify with Ron) and the conversations they engage in are very matter-of-fact, to the point, and a good representation of what is, what The Founders meant, and how Common Sense solutions are still very viable today.

Politicians should read Bill Muckler's book and use his many idea's for saving America. A book that is well written, thank you Bill for writing it. 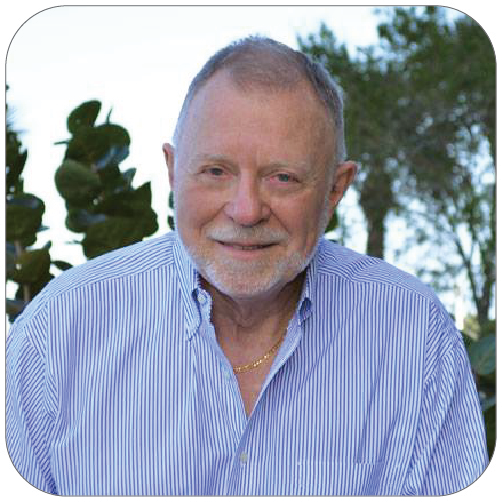 Bill Muckler was born and raised in St. Louis, Missouri. He graduated from Christian Brothers College High School (an Army Junior ROTC School). He received a B.A. in Psychology (Personnel Management) from the University of Missouri-Columbia. While at Mizzou he spent two years in the Army ROTC.

Upon graduation, Bill successfully completed the USMC Officer Candidate Course in Quantico, Virginia and was commissioned a Second Lieutenant. He spent four and one-half years on active duty and then eleven years as a Ready Reservist. He holds the permanent rank of Captain and held a Top Secret Security Clearance. 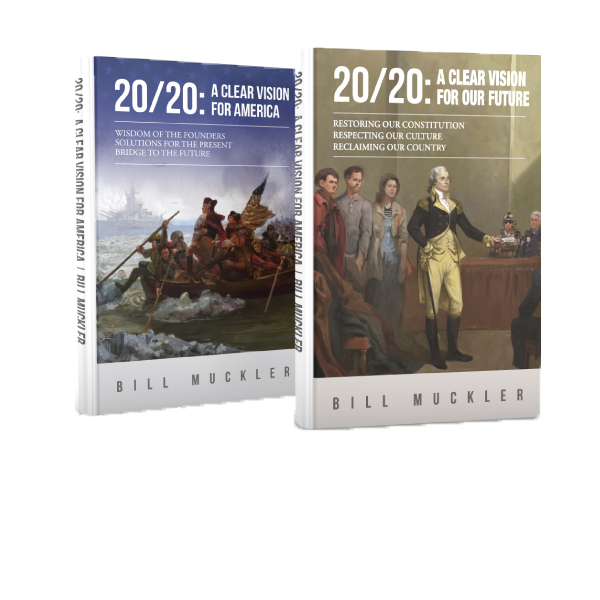 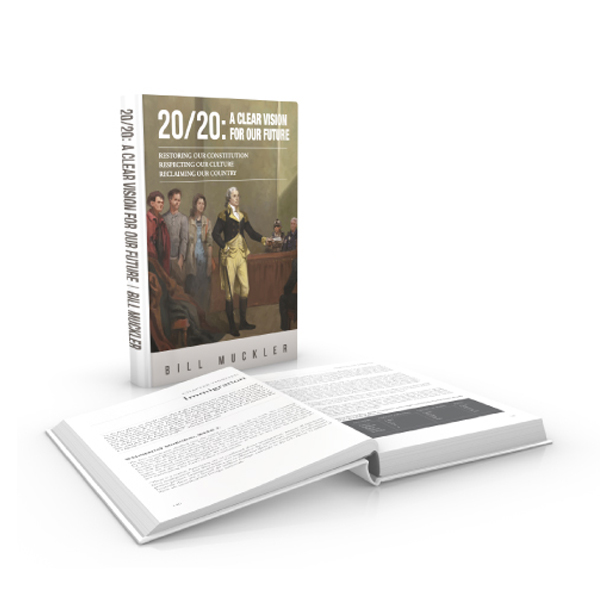 20/20: A CLEAR VISION FOR OUR FUTURE HARDCOVER EDITION