Well, here's another nice mess you've gotten me into, the Lovely Lainey stated as she echoed the words of that great early American philosopher Oliver Hardy. We were walking out of the Cocoa, Florida Library last week after performing our sacred duty of voting in the next election.

We weren’t certain of our schedules at that time so we both decided to vote early. The officials were very polite and courteous and the process was very efficient. Election officials of both major political parties were present. We submitted our Florida Driver’s Licenses to establish who we were and the rest became history.

The Election is Rigged

Well, yes and no. Think of the election in terms of the NCAA Basketball Championship Tournament. We have 2 Division I major teams; 2 Division II mid-major teams; and about 40 Division III low level teams. We don’t even have a Final Four. We got 2 and the rest can’t attend the “Big Dance.” Not even in the debates! The rest can’t play in the big game on November 8th because they can’t match the rules, or put up the necessary funds that are required by the Division I teams. So yeah it is rigged so only the big boys get to play.

It is impossible to “rig” the election on a national basis. That would be to complicated and someone would be sure to spill the beans to the media, or on the internet. Besides that, the individual states are responsible for the election process in their own states. Nonetheless, some election officials get darn defensive when rigging elections is brought up. I wonder why? 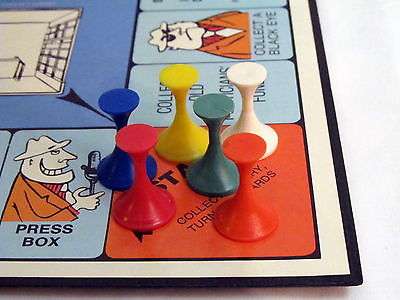 Not exactly the same as rigging a national election, but I personally know the election process is corrupt in St. Louis. They vote early and often and stay open until the very last vote from the cemetery is in cast twice. This happens in other major cities, such as Milwaukee, Chicago, Detroit and Philadelphia. These are the bastions of every political tactic from ID fraud to thugs patrolling the polling entrances. The Division I teams don’t seem to care because they know they will win this game, or the game four years from now. It rotates between the 2 of them and nothing get fixed. How’s that fighting for “We the People?”

Then we have the Main Stream Media (MSM) openly rootling for the team in their conference. Recent surveys show liberal democrat media types outnumber conservative republicans by a margin of 75 to 8, while 17 percent don’t know, are very good at lying or are afraid to take a stand. The MSM is invested in the election big time. Why? They also receive the billions spent on TV and Radio Advertising, printed material, signage, etc. And they get it from both teams. Looks like a cozy, corrupt racket to the Muckster. 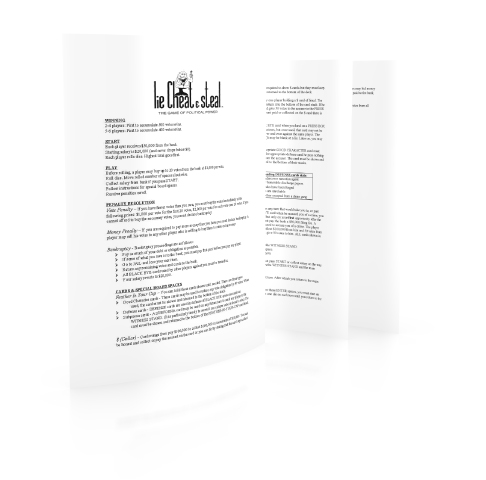 A board game primarily revolving around the true tricks of the political trade. Players try to lie, cheat and steal their way into office by any means necessary in gaining as many votes as they can. A very interesting game built around the some times darker side that is known with political races. A game that will surely cause quite the stir in any parties as individuals try to shut out one another for the chance to be elected into office. Will you cheat your way to the top or will you spend every moment on trying trying to make office the honest way? It's all up to you! 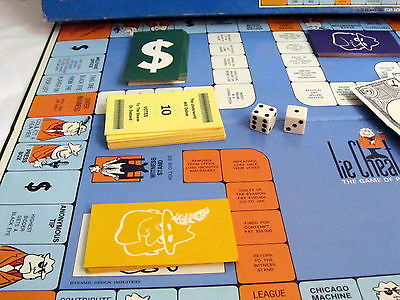 Back in the Car

The Lovely Lainey checked the mirrors as she backed out of the parking space and lamented, “I don’t think either one of the two candidates are even remotely qualified to be our next president. They both have an odiferous air about them.” I don’t think she was referring to their breath or their armpits.

Lainey caught me checking my phone as we were instructed to leave our phones outside the polling area because picture taking is not allowed in the voting booth. Nonetheless, this prompted me to go into one of my rants. I always get in trouble when I do that.

“We just voted for flawed candidates, neither one of whom have an ounce of integrity; nor any leadership skills; nor have the right kind of solutions to set the country on the right course,” I blurted out as I looked through the passenger door window. “I predict they will not solve any of the nation’s problems; the national debt will grow out of control; and violence will escalate no matter which one is elected, etc." 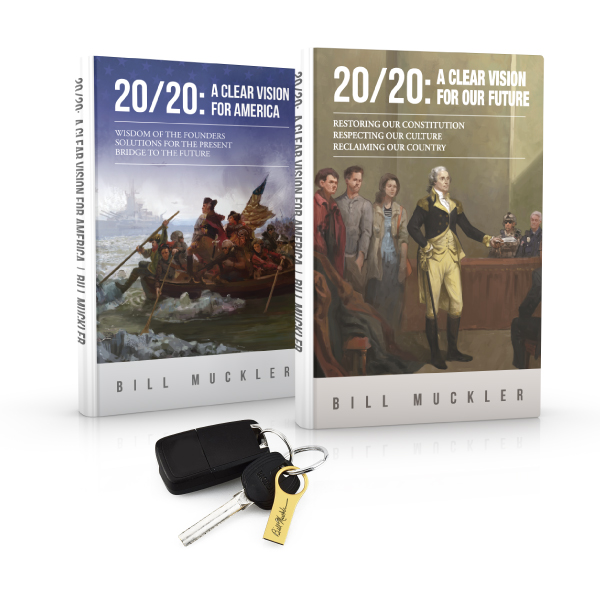 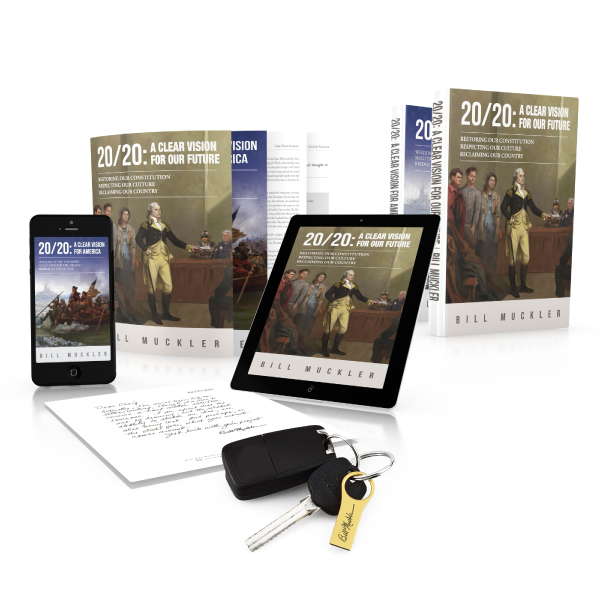 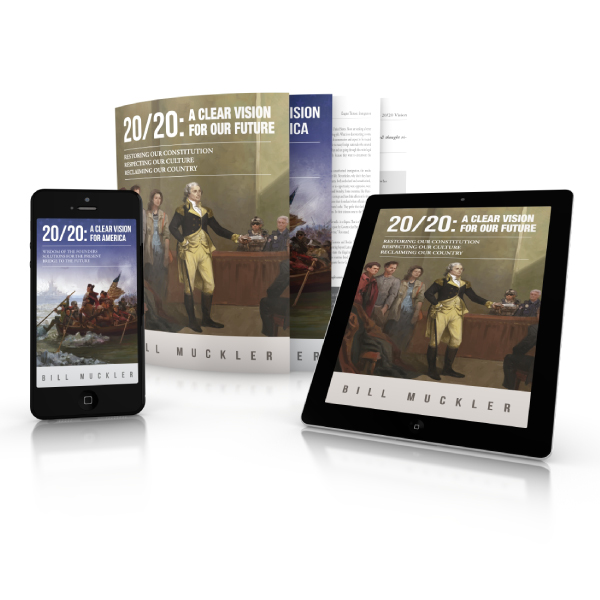 What This Election is Really All About

It’s all about the Elites versus Middle America. Who are the players, you ask? The Elites are captained by Hillary Clinton. Her teammates are the maggot infested MSM, beltway insiders, Wall Street, college professors, bankers, arms dealers, trial lawyers, entertainment celebrities and some big money donors who crave influence such as George Soros, Warren Buffet, Bill Gates, Mark Zuckerberg and on and on and on.

The Middle American Team is made up of the guys and gals who didn’t make the “Elite” team. That, my dear reader is you and me; small, limited government that is close to home; and less regulations. And I also hate to inform you -- it ain’t about Trump. Trump is only the honorary captain of the Middle American Team. He is just a symbol. It’s big government versus us.

We have Two Choices

I hope every qualified American citizen votes. Just one time please. And I pray that you receive whatever result you want from this election. Your choices are simple. Just check the appropriate box and suffer the consequences:

That’s it folks. You have your choice. The best team will not win, because there is no best team in this tournament. Only 2 flawed candidates that will continue to shatter this exceptional republic into crushed rubble.

Yes, we have no Solutions Today

I did not vote for a qualified candidate. Just the least flawed. Never fear. This old Marine is here. I will run in 2020 to implement my 20/20 Vision to save America. Hold on, if you can, for another 4 years. Then you and I can vote for leadership and the solutions America needs to become exceptional. 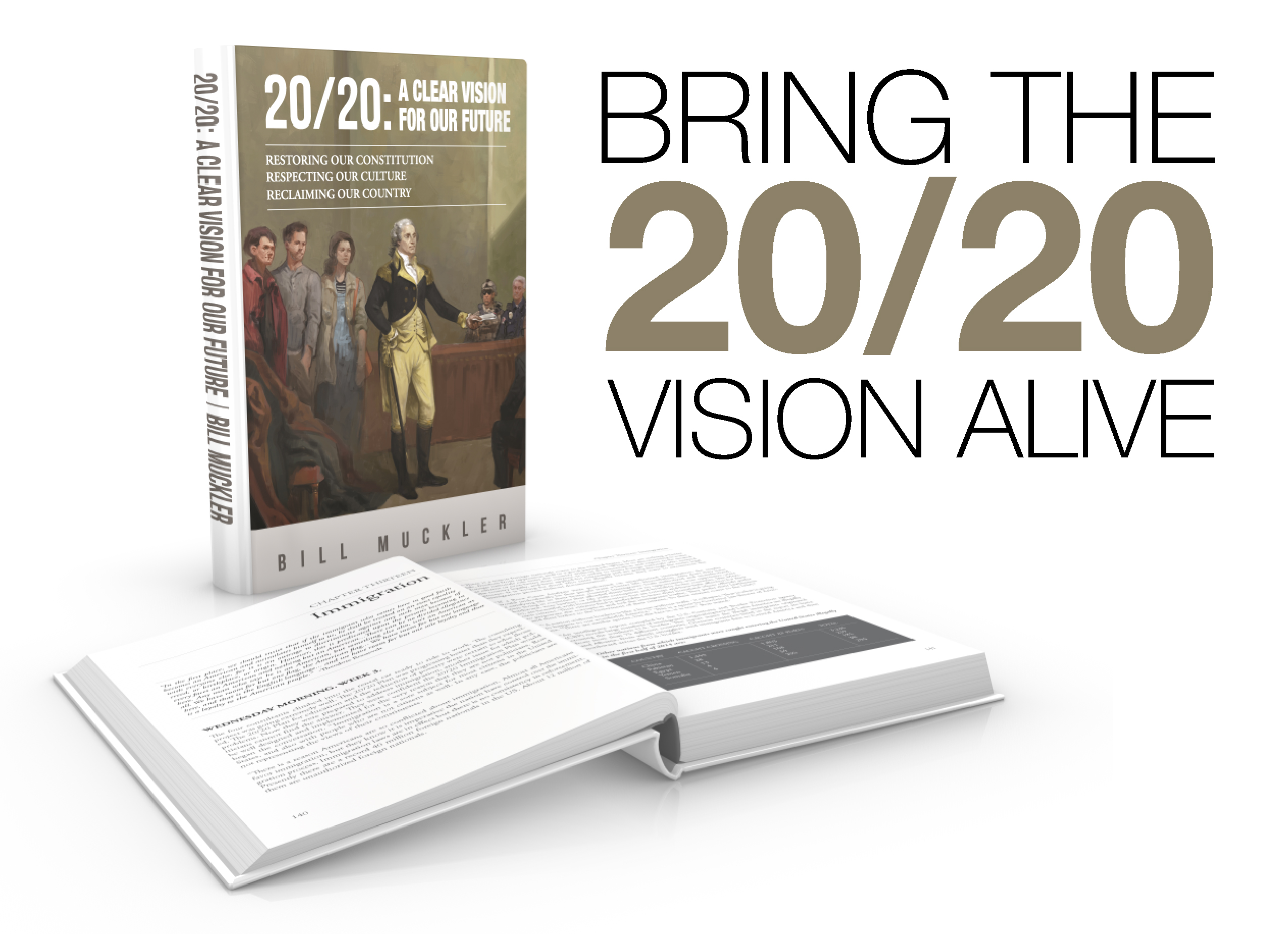 Learn How to Contribute

God Bless us all and God Save our America. Our Constitution, our culture, our country, our civilization, our currency, our children, our liberty and our safety need you now more than ever. 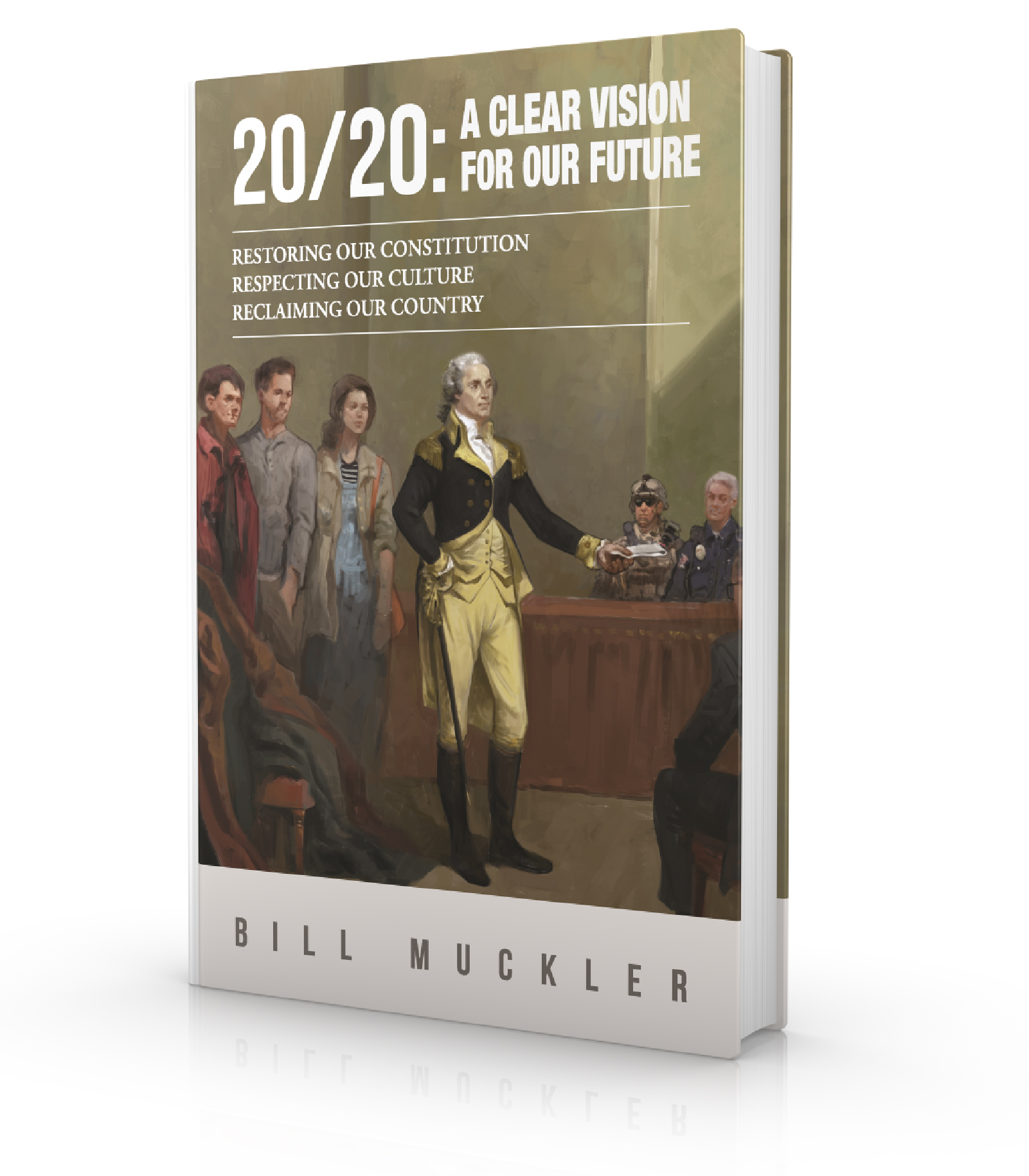